The last three decades in the world of Japanese whiskies has seen a spectacular amount of change - some good, some not so good. One thing’s for certain, the scene has never been as crowded as it is today – of distilleries, of bottlers, of drinkers, of collectors, and then some. Every bottle birthed is an instant celebrity as soon as the cork goes in; heck maybe even earlier than that for some.

All this limelight means that more than ever, it has never been as easy to start a distillery, which usually means more variety and experimentation (which is great for us drinkers), but also tends to come with more flippers and all manners of Hunger Games for us to just get our hands on a bottle (which is terrible for us drinkers). How stark a difference that just 20 years ago, Japanese whiskies were so widely available that in fact, dare I say it, you could find them on discount. And conversely, today, you would probably find it easier to strike the lottery than to walk into a bottle store and find a proper Japanese whisky. In fact, the balloting system which I am sure most Japanese whisky fans have at some point taken part in, basically makes getting a bottle tantamount to winning the lottery.

So what does an early observer of the scene make of this – should he or she feel happy that Japanese whiskies/spirits are finally getting their recognition or perhaps lament the bygone days where there was much to discover and the thrill of minting nuggets of industry insights and finding great gems and sharing it with a closer knit and probably more devout community?

Those in the Japanese whisky scene probably know of Stefan van Eycken, or perhaps his pioneering blog, Nonjatta – an early dedicated commentator of the scene, who brought to the English-speaking world the beauty and intrincacies of Japanese whiskies long before many took them seriously, or maybe you’ve read his incredibly comprehensive work: Whiskey Rising. Unfortunately, the newer kids to the game no longer have the fortune of following his latest blog posts and vicariously chancing upon the same discoveries as he made – which is a story for Stefan himself to tell. Stefan, the man behind it all, now observing our laughable fray over the latest bottles, while he sits on a couple of Karuizawa's cheaper than some of the NAS stuff we have today. (Image Source: Whisky Reviewer)

But, the man is very much alive and well; and active. He continues to work on a series of independent bottlings known as the Ghost Series, which were created for Nonjatta’s devotees to try some curiously made Japanese whiskies and more recognizably sports labels that feature the works of the last great (and awfully colorful a character) ukiyo-e woodblock print master, Yoshitoshi, in a closing Edo Period of Japan’s history. Perhaps even more interestingly, Stefan chose to feature works from Yoshitoshi’s last series “New Forms of Thirty-Six Ghosts” – something that I find to be perhaps quite poetic. But that’s a story for another time. In any case, the bottle I have with me today is Ghost #9, a 3-Year Old ex-Sake cask Akashi from Eigashima Distillery. It’s bottled at 61.5% ABV. It features the woodprint from Yoshitoshi titled “Nitta Tadatsune discovering an apparition”, which follows the story of a valiant samurai who journeys through a mysterious cave in Mt. Fuji only to encounter the Goddess of Mercy who commends him on his bravery.

It is said that Stefan does draw some resonance between the specific woodprint chosen and the whisky being bottled. Now, where might the link to the whisky lie? It is also probably of interest to note that this ex-Sake cask used by Eigashima Distillery is supposedly (according to Nomunication) made of American White Oak which is unusual because according to him, industry knowledge tells us that most Sake isn’t matured for longer than a couple of months and that Sake that is aged are mostly in Cedar casks. He deduces that this means that these ex-Sake casks probably were used to mature Kijoshu, a heavier dessert Sake that ages better than regular Sake. Something of an unusual choice and quite a bold experiment for Eigashima. Kijoshu, a dessert-like Sake, is probably the only Sake that would yield oak barrels that can be used for whisky aging, as deduced by Nomunication. (Image Source: Sake Guide)

I wonder if the connection lies in the bravery demonstrated by Eigashima, who has been doing some pretty commendable stuff (what started off with the belief that they could only make blended whiskies turned into a serious single malt producer doing great stuff with casks), pushing quite a number of boundaries of staple Japanese whisky production, and is now venturing down a mysterious unknown cave and for their valiant efforts are now being commended with recognition by being included in the Ghost Series and by the public for their efforts. Or maybe I’m just reading tea leaves, that’s probably it. This Akashi, #9 in the series, was also released to commemorate the launch of a Japanese-language version of Stefan’s Whiskey Rising, so maybe the label has something to with that.

In any case (yet again), after much musing, here’s finally my review of the Ghost Series #9 Akashi Sake Cask 3 Year Old. On the nose: Incredibly thick, viscous, syrupy – it’s almost as if its texture is expressed as an aroma, like how when you sniff honey or pancake syrup, you can pick up that gooey-ness. Which is really quite unusual for whiskies. This lets on to thick lush florals – roses and plumerias, then sweet honey, and creamy and tart yoghurt. It is quite malty and also very similar to bread dough. It sounds incongruous but what it is, is a very fresh rich doughy scent, topped with some sweet and sour notes. A very interesting note of oranges and something more pickled, like Umeboshi or salted sour plums. Something I've never yet found in whiskies. (Image Source: Healthline, Chopstick Chronicles)

There are some more fruits – namely oranges. Then something like pickle juice or vinegar – this (usually) pungent note you’d find when you open a jar of something fermented, alittle like salted sour plums (or Umeboshi). It’s very intriguing and something I find very perplexing but at the same time quite unique. I have never nosed something like this before, well, in a whisky specifically. It is also reminiscent of stale beer. Those sour notes while very gentle, do certainly stick out quite a bit, giving a punchy-ness to the nose.

On the palate: It is as syrupy as expected from the nose, almost honeyed in texture. Taking its time it slowly builds up into a whole lot of warmth, with forthcoming notes of Cointreau – oranges, chocolates, banana custard, simple syrup, tinned lychees and pears, sugared jelly fruit candies and apple tea. Very creamy and sweet but also punctuated with pickled sourness and astringency – it also gives a taste that I can only best characterize as HP brown sauce or Red Boat Vietnamese fish sauce, sweet yet tart and vinegary. It sort of toggles between fruity saccharine, bittersweet and vinegary, with an altogether creamy texture, dotted by little specks of peanut nuttiness and peanut skin bitterness. 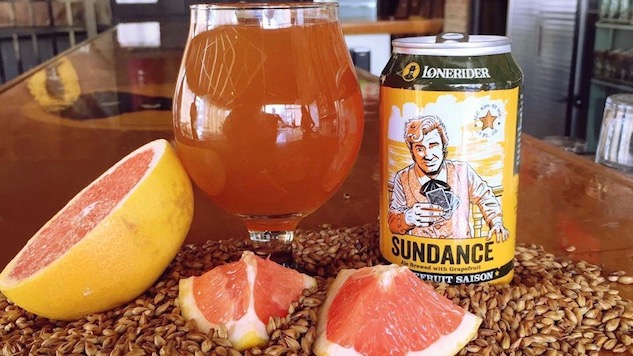 One could easily mistake uniqueness for complexity here – it isn’t necessarily complex with flavors that generally tend along the bitter/savory/sour-sweet axis, what it is instead is very unique. In particular the more fermented notes are quite uncommon with whiskies as a category. At closest, I would place it as a cousins with some of the Japanese whiskies that have taken a bath in IPA casks – rocking the more zingy zesty bittersweet grapefruit notes. Yet, here this is taken a step further where it also gets much deeper and has an almost bath salts like character – it’s a fairly strange combination of perfumery and synthetic, alittle reminiscent of fusel oil, but sweet. You see – it’s so hard to pinpoint it exactly. We know it’s on the bittersweet axis but the exact coordinates are like triangulating a precise location in the Bermuda Triangle. This certainly pushes boundaries of any palate – almost a dizzyingly mindbending. For that reason, I could see why the distinctive flavors here can be considered divisive. Personally, I’m not a huge fan of bitter/sour/savory-sweet notes, and then top it off with this fermentation zing and frankly I don’t know what to think. While I enjoy it for the whoop ass it unleashed on me, I cannot say I would try this often. I need some recovery time here.

If I were forced to make a call, I’d say the fermented notes, while a great thought exercise, pushes the palate alittle too far that it becomes a little difficult to take another sip and steps just too astray from what I think most people enjoy whiskies for. There’s just alittle too much brain work that comes with this. It simply is too uncanny. Try it, you'd be pretty surprised.

That said, would I recommend anyone try it? I would recommend everyone try it. If you can get your hands on it, that is. This is a piece of work that very much flips what you think a whisky would taste like on its head, gives you a slap, sits you down and reminds you, you don’t know nothing. It’s a reminder that you ain’t seen it all yet. This expression isn’t here to be likeable or play nice, it exists to show you how incredibly diverse whiskies could be.

Perhaps the label’s woodprint work is instructive – approach this with the courage of Nitta Tadatsune; go down the blackhole and maybe you’ll be commended for your bravery. Or just a reminder to clear your tab with your friendly barkeep.