Wouldn’t it be hilarious if I started out by saying this was the best Scotch I’ve ever had?

You laugh, but as a reviewer, it would almost feel as if my job here is completely redundant – hasn’t this review already written itself?

If I am only permitted to join the chorus of reviewers calling this a money-grab or cheap marketing swill, what’s more to say? I’d almost dare call this the biggest screaming target for criticism of 2021.

Or perhaps I could do the whole contrarian thing and go against the critics just to stand out – I’m confident someone’s thought of that by now.

I simply find it laughable how overwhelmingly this calls out for criticism – the fact that it’s the big guy, Macallan, that it’s supposedly inspired by cacao and called “Rich Cacao”, that this is supposedly a green initiative utilising more eco-friendly packaging; or how about that is sold out in a snap?

At the core, the Harmony Collection's purpose is to feature a bigger push towards sustainability - a topic that seems to have taken a backseat role with the whisky community. (Image Source: Macallan)

Could Macallan have done a better job of painting a target on their backs? Yet it begs the question, if any other brand had done it, would it have attracted nearly as much criticism? I’m not talking some small brand here; I’m talking what if Glenmorangie or Talisker, put out something like this?

If your answer is no, then you’ve got a friend in me. I don’t fancy dichotomies and I certainly don’t fancy preconceptions and how for the Rich Cacao, it’s almost as if the final question on the WSET exam should read “Is the Macallan Rich Cacao any good?”, and if your answer was “Without a doubt, yes”, you’d pass.

Now, I’m not saying the Macallan Rich Cacao is good (or bad). I acknowledge that Macallan as a corporate entity has not done its best work in recent years, as is the case for most companies when they expand and prioritise profits. But I wouldn’t go as far as to say that anything that reads Macallan, specifically the more contemporary ones, is necessarily bad.

It’s almost as if you must hate the brand in order to pledge your loyalty to the whisky community. I’m not a fan of such arbitrary truisms or some pressure to conform to dogma. 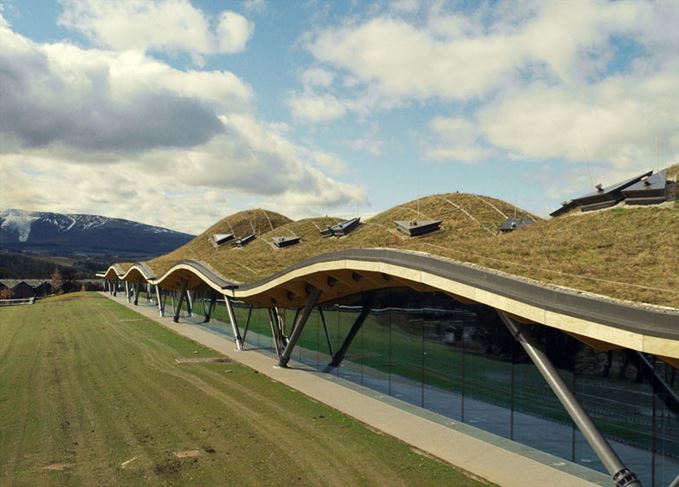 Somewhere along the line, Macallan seems to have become the public enemy - perks of being the big guy? (Image Source: Scotchwhisky.com)

Mind you, I say this with the utmost respect to my fellow reviewers, whether they’re criticised (most likely) or lauded the release. I do in my heart believe that they’ve penned their reviews with total sincerity and have tried it first and perhaps have genuinely not liked it. Although I would venture a guess that their gripe is more to do with either the price, or the madness of the crowds in how it was swooped up, or probably both.

What I am pointing out, and I would be surprised if anyone disagreed, is that there certainly is an atmosphere, very pronounced in the case of Macallan, wherein there is an inclination to criticise and a trepidation to praise. I don’t believe I’m calling it wrongly here.

So let me clear, for those who’ve praised or criticised the release, I wholeheartedly respect your opinion, which I would like to believe is unbiased and free of influence by any preconceptions, from self or others. I seriously do believe so. I simply acknowledge that a certain environment exists that is quite overwhelmingly in favour of a certain judgement of the release. For me, there’s no correct answer, and whether a person liked or disliked it, it simply has no bearing in my opinion of you, the taster. Taste is after all subjective. Regardless my review, I hope the same would be applied unto me. A little bit about the bottle if you haven’t already had it blasted in your face countless times. The Harmony Collection is Macallan’s green initiative to spotlight some more innovative packaging methods that incorporate natural materials to push forward for more sustainability (are we angry at this part already?). The first of the series was the Rich Cacao which was created in collaboration with Jordi Roca, of the Roca brothers who previously ran one of the best restaurants in the world, El Celler de Can Roca, and is not running his chocolate factory in Girona, Casa Cacao (what about here?).

The whole goal of the Rich Cacao was to incorporate the use of discarded cacao husks into the packaging, but obviously to maintain some relevancy, the whisky is said to be made of handpicked European and American oak sherry seasoned casks that featured a rarer chocolate note (if this is where the annoyance boils up, I’m with you). On the nose: Fairly rich and lively, somewhat hot and prickly. The most immediate note that comes to mind is Milo powder (Milo being a popular fortified chocolate-flavored malted beverage) – that is to say light maltiness and milk chocolate aromas. Adjacent are notes of oat flakes and chocolate shavings. Light bits of honey, dried raisins and apricots, baking spices – all very classic Sherry-aged malt whisky notes, warming and approachable. Notes of blackberries and some orangettes give a slight citric tartness that adds a nice balance to the richer notes.

On the palate: Immediately honeyed, it’s sweet and sports a surprisingly silky texture. There’s more in the way of vanilla and orange liquer, coupled with notes of rum ‘n’ raisins, poached plums, baking spices that reminds me of mulled wine. Again, the notes of milk chocolate and malt, or Milo, springs up; very nostalgic. The creaminess of its texture is quite notable. There’s quite a bit of warmth here and a somewhat light buttery quality to it. This seems like a continuation of its aromas except slightly richer (using the word very carefully here) and deeper. It ends off with more oaky astringency and honeyed oats. (Image Source: The Art of Doing Stuff, Simply Scratch)

The finish: Gets a bit thinner here and closes out more oaky and astringent, although it is still generally quite smooth and honeyed sweet.

Quite honestly, with no intention of posturing whatsoever, I enjoyed this expression, in and of itself. Is it better than most of what Macallan has put out as of late? Certainly. But that isn’t much of a high bar is it?

Is this a really good whisky? It’s okay. It’s simple, straightforward sherry-aged Speyside malt whisky – which is generally an enjoyable experience. So I’d say this is really a run of the mill sort of which that you could quite easily replace with any Glen-something distillery who just followed the most basic template of how to make a sherry-aged Speyside malt whisky. It’s not great, nor is it bad. It’s just okay. 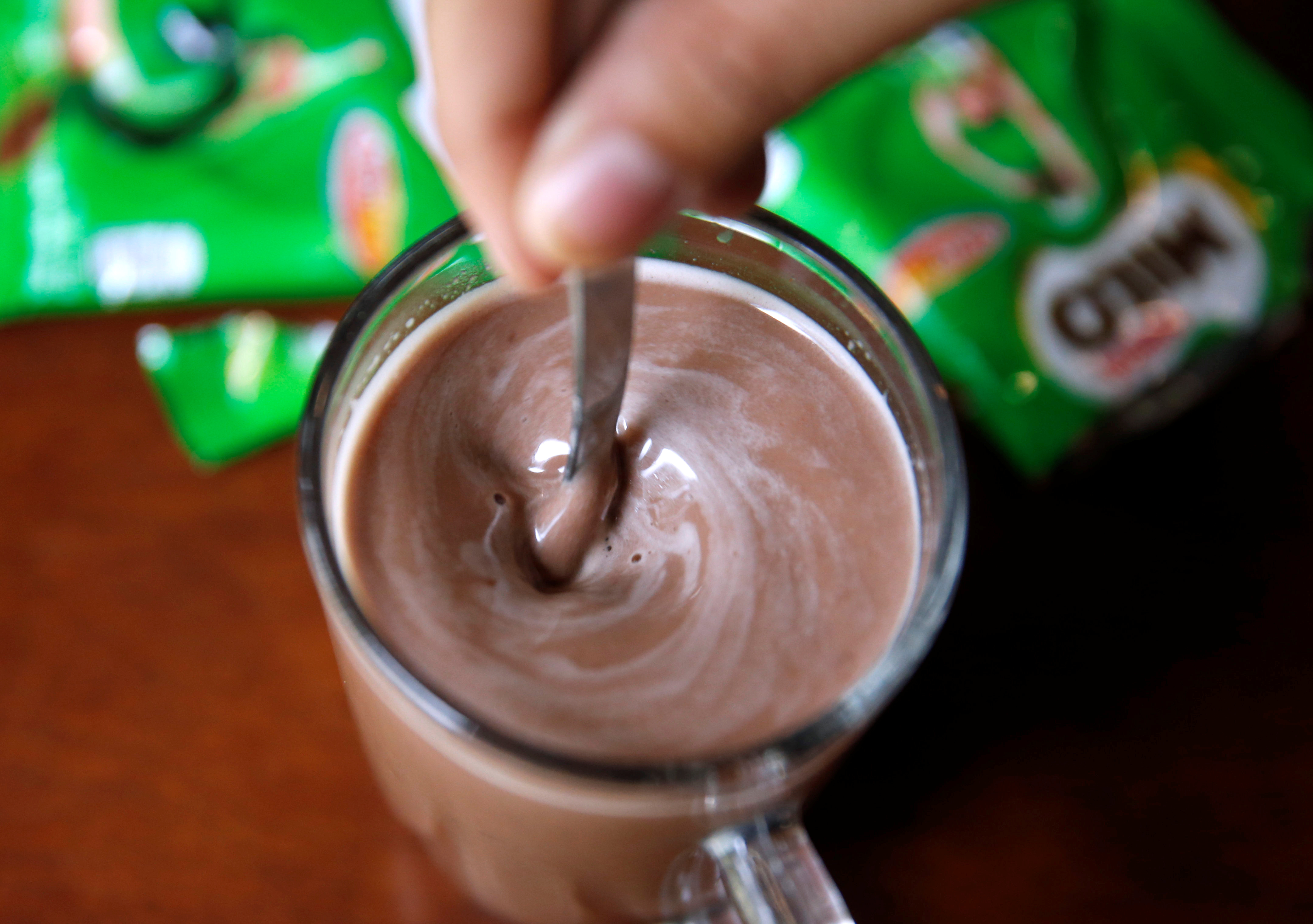 Is it really “Rich Cacao”? It’s milk chocolate, or Milo, if anything.

So I suppose at least to me, the chase for it is simply not worth it, unless you have something for sustainable packaging made of discarded cacao husks, then by all means have at it.

Priced at an RRP of $160 USD, it’s not exactly cheap. But then again, what whisky really is these days. And certainly if you’d blew the marketing dollars as Macallan has – sorry, The Macallan – wouldn’t you price it abit more stiffly. After all, no one’s put a gun to anyone’s head and forced them to buy it and yet, voila, it’s all gone in a blink of an eye. Of course, flippers play a big role here, but the reality is no whisky shop or site is polling if buyers are going to pop it open or flip it – so really, this is a moot point in my opinion, although I can imagine even if one had originally bought a bottle to try it, he or she would experience some resistance having seen how hard it is to get hands on another.

So before anyone @’s me, let me just say that where I think Macallan truly did themselves a disservice and lost me, was when they stated in the official tasting notes that the expression had a color of “toasted cacao beans”. Now that’s just some bullshit.